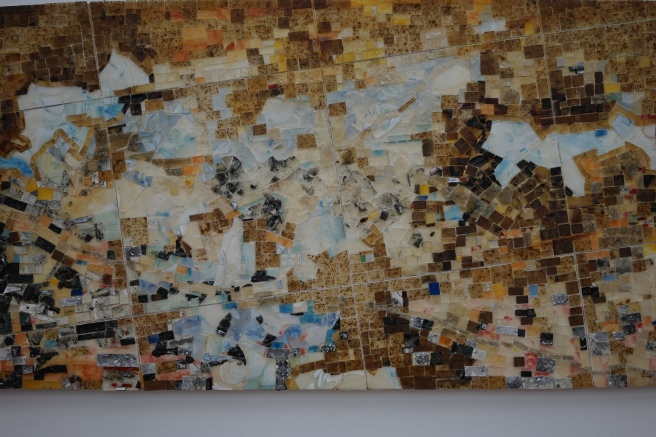 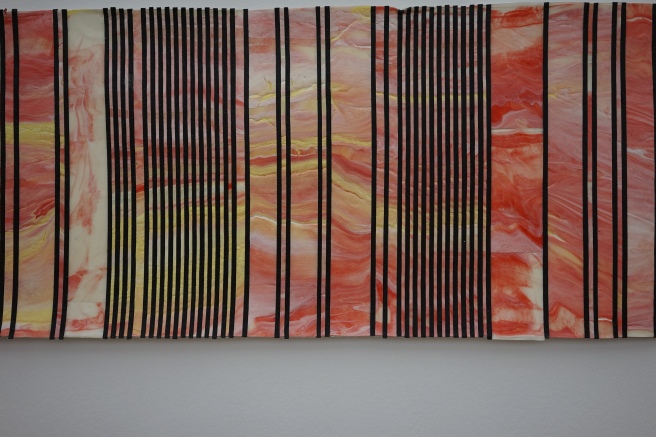 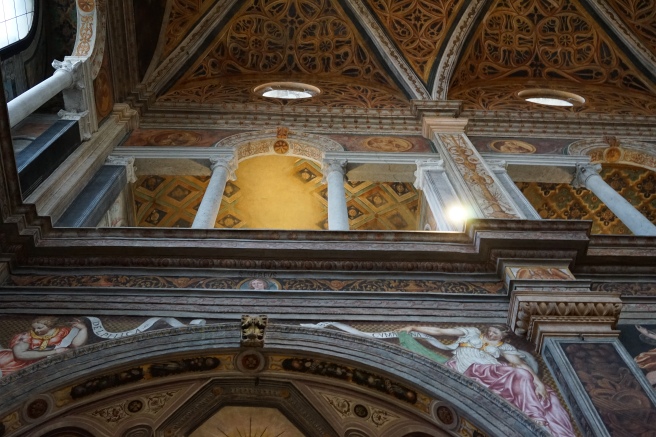 Before my trip to Palermo this past June, I saw this School of Life video right before I left. It resonated with me as the animated bird in the video holding the last piece of a puzzle to an already answered question felt like myself. On the only Monday I had in the city, I started the day at the Orto Botanico di Palermo. A part of it was open and no one at the front desk told me the Manifesta section was closed. So I walked to the farthest open area of the garden only to find a man working in a tiny toolshed wondering where was all the art and the thicket I needed to go through to get there. Then, it started raining. After a short while, it started coming down in cascades, so I had to change my place of refuge from standing against a wall of a building with a little bit of roofing above me to a nearby bamboo hut. In the hut, I saw it had a hole overhead.

Once it stopped raining, I headed towards another venue I had missed seeing in the previous days – Chiesa S. Maria dello Spasimo, which also lacked a roof. On the map, it looked deceptively close, just across the street and a little bit in from the main road but this was Palermo, meaning the entrance was rarely easy to find. The buildings want to be walls. Now the sun was out, it was blisteringly hot. I zig zagged through alleys in the shape of a difficult game of Tetris only to find the church closed. Somehow in a haze of hunger, irritation, and sweat slumped on a small stoop, I concluded that the Bridge Installation at Costa Sud could be seen at Quattro Canti, which seemed vaguely absurd but thought who knows. My notes and I weren’t entirely wrong as a representation of the Bridge Installation could be seen at Palazzo Constantino located on the northeastern corner of Quattro Canti. It was here, standing in front of a shut Palazzo Constantino that I saw on a poster that Manifesta was closed on Mondays. I immediately got a granita from Pasticceria Costa and sat on a hot slab of stone. Now was the time to whine to my Italian host that Manifesta was closed over WhatsApp.

She suggested I go to Palazzo Conte Federico or the beach resort of Mondello which was only a 20/30 minute bus ride away from Politeama Theatre, and she knew for sure that the buses went there regularly. I agreed to Conte Federico but then she realized it closed at 4pm and it was already 4:30. I said I wasn’t a beach person, but mainly, I was thinking of food. Then I remembered this Italian guy from Turin had told us (me and another girl from Berlin in Palermo) we had to try a pane con la milza (which looked disgusting but was delicious) before we left the city as he pointed to the words on his smartphone and repeated the name slowly twice. Having left the city twice before without having tried it, I decided I should try it this time before I left for a third time.

I asked her about that place in a beautiful square we walked through our second evening which had the street food sandwich although she thought it was a bit touristy. San Fernando? She didn’t know it and then remembered Franco in Piazza Marina, which I didn’t know and then I realized oh its San Francesco. Then she agreed, yes San Francesco sells those pane con la milza. 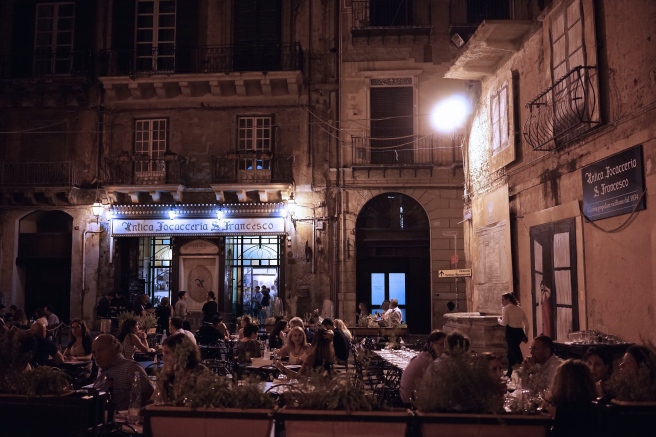 Not knowing the full name of Antica Focacceria San Francesco, I typed in San Francesco in Google maps and it located San Francesco Bar off to the side from Theatre Massimo Vittorio Emanuele. I should have known this was the wrong location as I knew we hadn’t walked anywhere near Theatre Massimo in the last few days, but my brain had shut down after the Tetris maze. I started my way down Via Maqueda, a stretch of Palermo I didn’t like much. Along the way, I found that Palazzo Mazzarino was open and was able to see Per Barclay’s oil room installation of the Cavallerizza.

San Francesco Bar turned out to be nothing but surprisingly it was right across from Enoteca Buttice, another place recommended by the same Italian from Turin. He had particularly liked their paper placemats which had the articles of the establishment written on them. The placemats had a sky blue background framed by a brilliant red and ornate at the corners. By this point, it was half-past 5pm and no sign of food as it was too early for both aperitivo and dinner. With my bowl of potato chips and a glass of Sicilian grillo, I was getting delirious and started to imagine doves flying from the placemat. I moved the bowl of potato chips off and then the placemat immediately took flight and whirled in the wind before the waitress came and caught it, crumbled it, and threw it in the trash. She then came back much later with a new one to place under my glass. 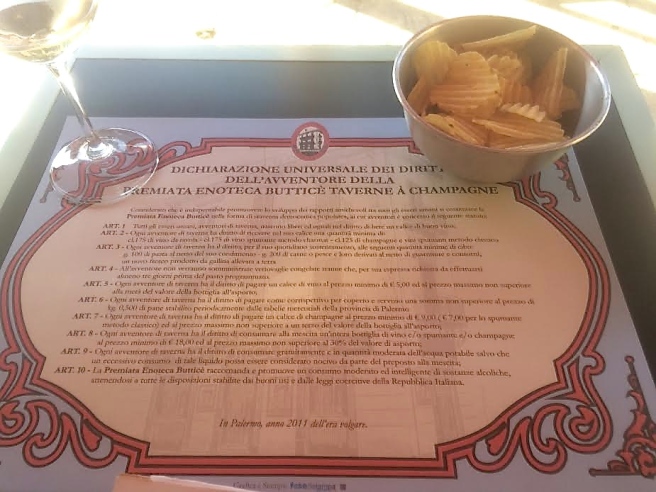 I eventually did make it to Antica Focacceria San Francesco on the day before I left while trying to locate a gallery I couldn’t find the entrance to. The pane con la milza was indeed tasty although the meat did leave a strange aftertaste. 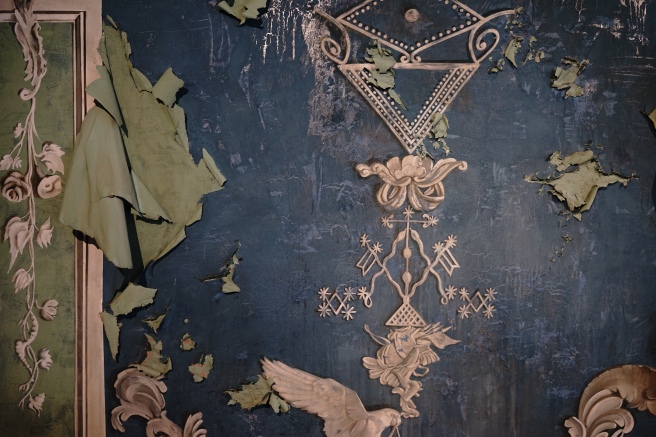 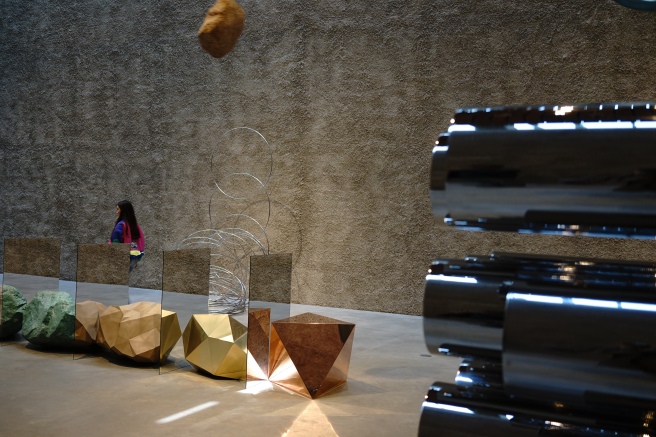 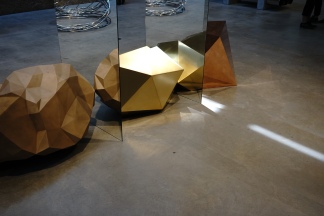 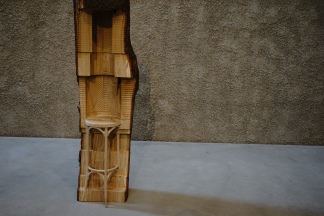 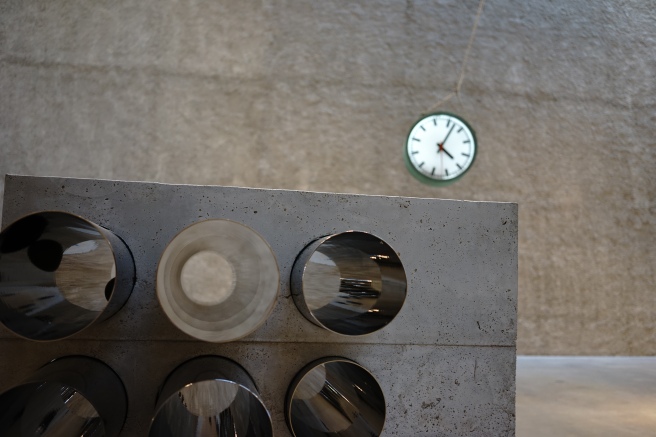 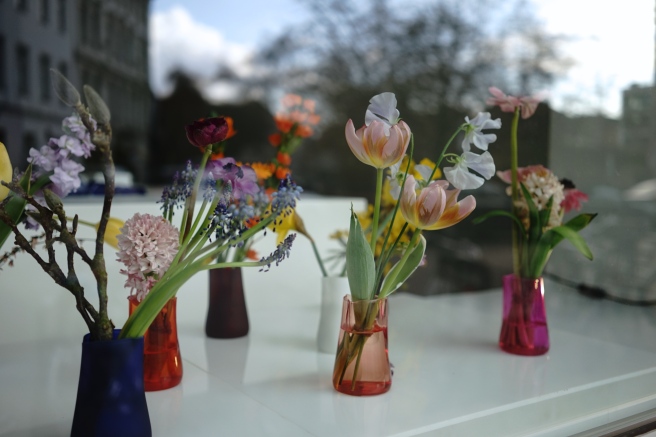 Although I spent 5 nights in Palermo this past June, I ended up having only 1.5 days to see Manifesta 12, which allowed me just enough time to visit the palazzo venues in the Kalsa district but little else. At the end, I decided to just buy OMA’s Palermo Atlas (comprehensive and highly recommended) instead of trying to make another attempt (first attempt when it was closed and raining on a Monday) at viewing Orto Botanico di Palermo which may have been a mistake. 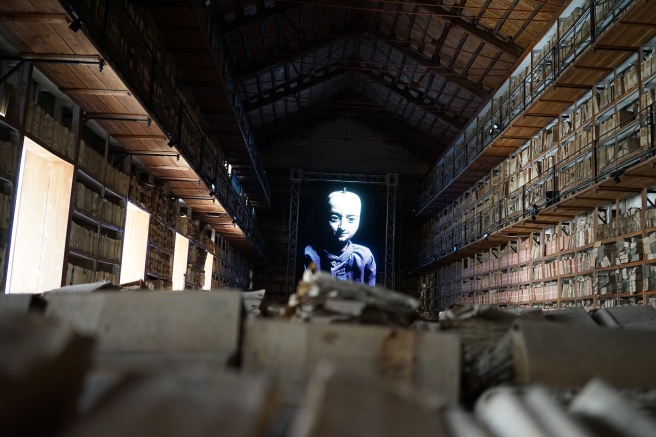