My friend from a small village outside of Barcelona had been going on and on about how beautiful the beaches were near her home for about 9 years before I finally visited her. She was disappointed that instead of my Nikon D50, I had only brought my iPad. I had no idea what the beaches in Catalonia were like and when she saw my shoes, she realized I had no clue. Luckily, we were about the same size. The best beaches were reached by hiking through rugged, rocky terrain.

During our hike, I told my friend how I thought it was weird Spain wasn’t mentioned more in Anglo/American literature, like Italy was. The characters in Henry James and E. M. Foster were always going to Italy, not to mention Thomas Mann and Goethe. She hadn’t noticed.

We came to her favorite beach and I took out my beach book for the trip, a German children’s version of The Count of Monte Cristo. The first line I read mentions Mercedes being from the region of Catalan. There was a Catalonian character in one of my most favorite French novels! I had been carrying evidence against my thesis all along. 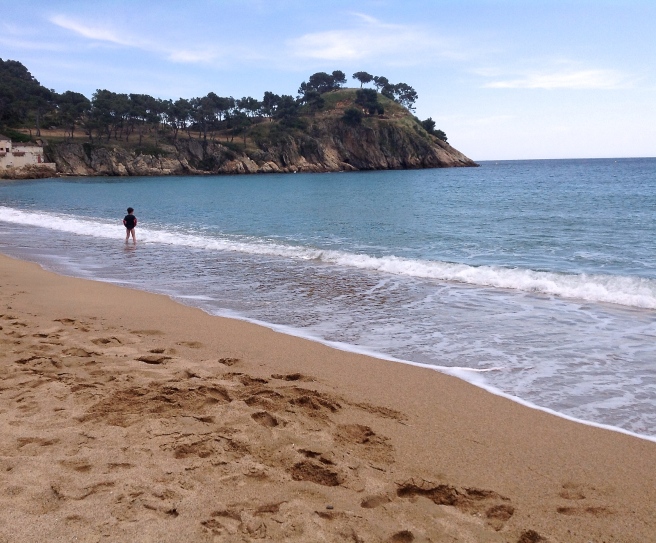 My Catalonian Friend got so offended when I said these beaches reminded me of English beaches. 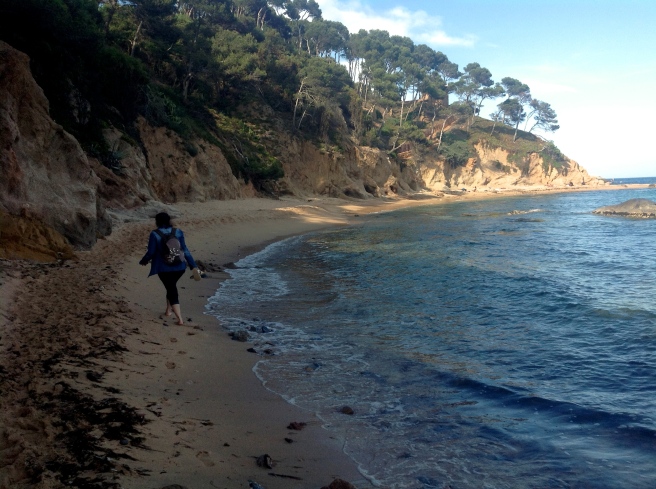 One thought on “Beaches outside Barcelona”