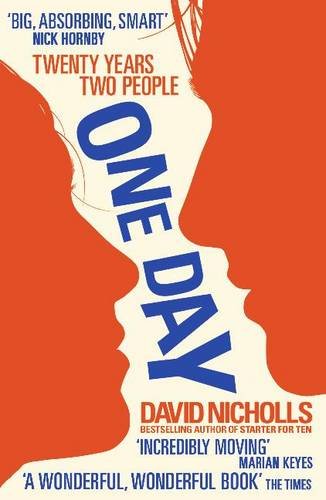 I just had to share these quotes from the novel. Its just too good.

“As a travel writer, he was no Bruce Chatwin, but still she would slip the postcards in the pocket of a heavy coat on long soulful walks on Ilkely Moor, searching for some hidden meaning in ‘VENICE COMPLETELY FLOODED!!!!’.”

“The remark is without thought or meaning, but the sentiment seems to move Tara because she says ‘Aaaaaaaah’, stands on tip-toe and rests her little elfin head on his shoulder. ‘I think you’re so lovely,’ she shouts in his ear, and he doesn’t disagree. ‘You’re lovely too,’ he says, and they find themselves caught in a ‘you’re lovely’ loop that could potentially go on forever.”

“Self-pitying, self-righteous, self-important, all the selfs except self-confident, the quality that she had always needed the most.”

“Like a mountain goat, me. I used to go hiking a lot at home, when I was in my Cathy phase. Out on the wild and windy moors. Dead soulful I was. “I cannot live without my life! I cannot live without my soul!      Half-listening, Dexter assumed that she was quoting something, but was distracted by a strip of dark sweat forming between her shoulder blades, a glimpse of a bra-strap at the slipped neck of her t-shirt.”

I got to read the book as my flatmate’s ex sent it to her, trying to win her back by encoding a message of highlighted words throughout the book. My flatmate still thinks he is a crazy psycho but I thought it was romantic.